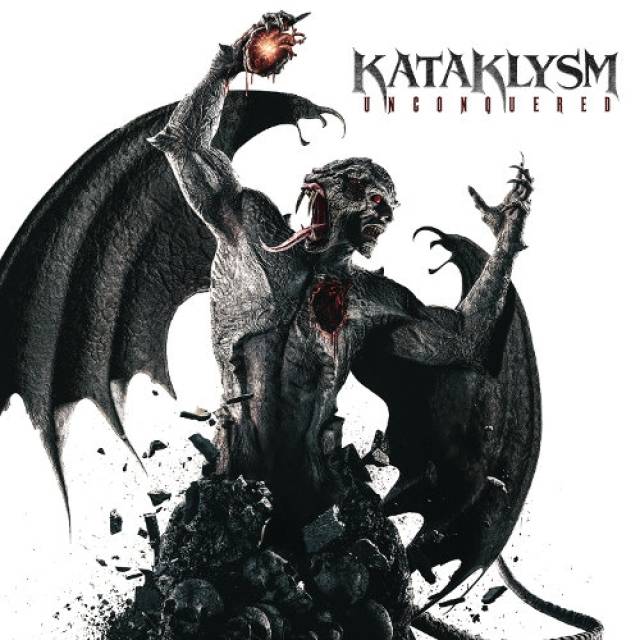 "Unconquered" was recorded and engineered by the band's long-time producer and guitarist JF Dagenais at JFD Studio in Dallas, TX. KATAKLYSM enlisted legendary Colin Richardson, post retirement, to aid in the mixing of »Unconquered«’s weightier and modernized sound with additional help from Chris Clancy’s technicality and precision. »Unconquered« stands among the best produced albums in the band's career.
The infamous heart beast, which also appeared on »In The Arms Of Devastation« (2006), »Prevail« (2008), and »Heaven's Venom« (2010), makes its return with a cover image created by artist Blake Armstrong.

More in this category: « NIGHTMARE BEHIND THE HORROR »