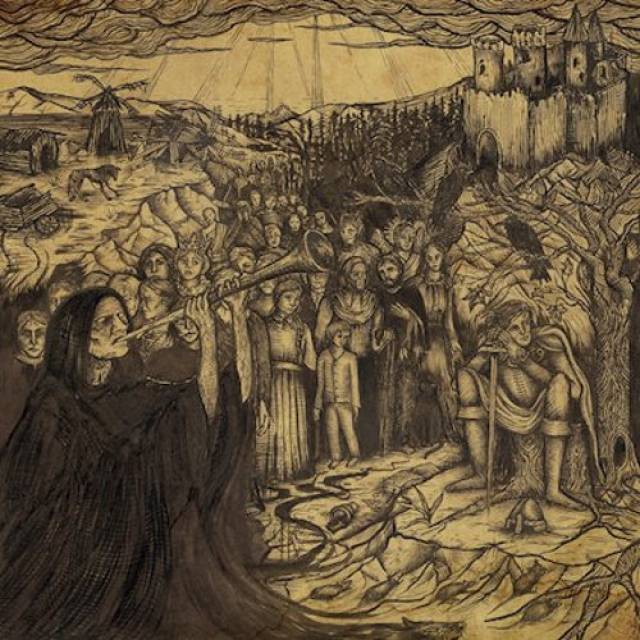 New album "In Purge There Is No Remission" out on September 11th!

Formed sometime during the beginning of this cursed new millennium, Ordinance have been a study of patience and pride. Not for them to rush out releases; each creation comes when it is ready. No more, no less...no mystique intended. Neither for them is the term "Finnish black metal" appropriate, despite their country of origin; rather, BLACK METAL is the only torch worth bearing in the Ordinance world. And so far, across a demo in 2007 and the Relinquishment debut album in 2014, that torch has been brilliant in its searing obsidian glow.
Naturally for a band that eschews wider visibility and the cheap gimmicks or safe categorization that gets many/most bands there, Ordinance have remained something of a "diamond in the rough" as it were - a band too often (and unjustly) overlooked, based solely on the strength of their recordings. While The Sinister Flame does not hold out much hope for the public changing its weak ways, it is confident in saying that Ordinance have delivered their most potent work yet in their long-awaited sophomore album, In Purge There is No Remission.
The title itself bears especial portent, as musically, Ordinance literally leave no stone unturned (or weapon unused?) in their quest for the ultimate expression of black metal. The sound is immediately and irrevocably BLACK METAL, to be sure, but the duo bend so many unorthodox means to their diabolical design - and, it must be said, effortlessly and unselfconsciously so - that the end result is paradoxically orthodox, or at least a stridently purer iteration of black metal than one would expect given the band's wild 'n' wayward attack. Thus, one could say that In Purge There is No Remission is black metal by language, but Ordinance's dialect is an undeniably unique one.
Utterly ominous, tauntingly sinister, Ordinance here create a seven-song soundscape that manages to unnerve and unhinge the listener as ably as the band have already done to their own spiritual parameters. A dense-but-devious 50 minutes in total, In Purge There is No Remission possesses an atmosphere that's unpredictable yet unified, exciting but never scattershot. This is a work of master craftsmen and cunning sorcerers simultaneously, a delirious (and delirium-inducing) trip into madness and mysticism: a reconstitution of second-wave classicism with boundaries both broken and built. This is Ordinance's In Purge There is No Remission, and it demands that only the adventurous and ardent apply.